A power plant is an industrial facility used to generate electric power with the help of one or more generators which converts different energy sources into electric power.

Electricity is a secondary energy source, which means that electricity is obtained from the conversion of other primary sources of energy, such as coal, natural gas, nuclear, solar, or wind energy.

Traditionally, large power plants have been located in sub-urban regions away from cities, as they need a vast area of land and sometimes water. All electricity produced in a power plant is alternating current (AC). The type of electric current found in your home is direct current (DC)

Wind power plants: The kinetic energy of wind is used to create power.

Geothermal power plants: Uses the natural heat found in the deep levels of the earth to generate electricity. 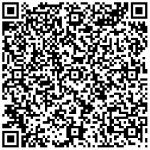